As of right now there has only been one fishing game released for the console called Dovetail Euro Fishing. Which is a fishing simulator that was originally exclusive to PC on Steam. It’s a great simulator with many species of fish to catch and gear to upgrade. Very realistic graphics using a 3rd person prospective. The PC version received mixed reviews mostly because of stability problems and the game crashing. The Xbox one version has ironed out many of these issues. Graphics are not superior to the PC version. The game itself is very stable though. Overall it’s a decent title. Hopefully more games will make it to the console before this generation is over. The original Xbox had a great exclusive fishing game called Pro Fishing Challenge. Fingers crossed that a new game in the series is made for Xbox One. 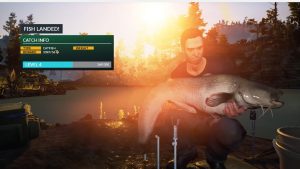