Only Two fishing games were released for the Nintendo 64 (N64). One was great while the other one was plain terrible. In-Fisherman Bass Hunter 64 created by Gear Head Studios (Rockstar Games). The same company that created The extremely popular Grand Theft Auto Series created this game. Like most Rockstar created games, this one is high quality. The graphics were amazing for its time. Fish and environments were impressive. Fishing real locations around the United states in tournaments was a lot of fun. The gameplay was also realistic. Only some lures and gear works for certain types of fish in certain weather conditions. Its a must play if you have a Nintendo 64 and don’t mind aged graphics. The other one released is BassMasters 2000. It’s one of the worst fishing games ever made. bad Graphics, boring gameplay and annoying sound effects. Don’t waste your time with that one. 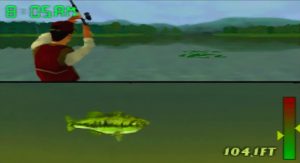 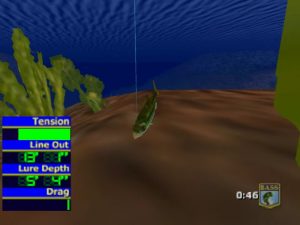