A few fishing games were created for the Playstation 3 (PS3). Because of its hard to develop for cell architecture. A few games were not ported to the console. However three fishing games did make it including Sega Bass Fishing, Rapala Pro Bass Fishing and Rapala Fishing Frenzy 2009. Rapala Pro Bass Fishing is the best for the system. PS3 version was better than most versions, but the Xbox 360 version was superior in the graphics and frame rate department. The 2nd best is Sega Bass Fishing. It’s the same old arcade game from the SEGA Dreamcast, only remastered in HD. Still a great one to play if you want to hook up on some huge largemouth Bass. Lastly Rapala Fishing Frenzy 2009 is a terrible game. Graphics, gameplay, sound, Ai, everything about this game I hated. If you have a PS3 be sure to check out Rapala Pro Bass Fishing. 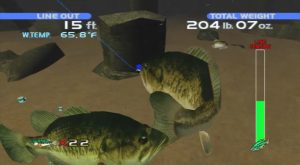 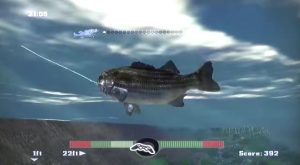