The Playstation Vita (PSV) has two fishing games that were released in North America. Both were digital downloads only. The first game Reel Fishing: Master’s Challenge, is definitely the stand out between the two games. It’s a must own if you have a Vita. It features amazing photo realistic fishing locations, beautiful graphics and fair gameplay to back it up. It also has a deep system for upgrading gear and catching certain fish species types.  Besides the Sega Dreamcast Reel Fishing: Wild game, I would say Master’s Challenge is the next best in the series. The second game for Vita called Lets Fish! Hooked On is not so good. Its  just way too easy. The Ai is terrible. It’s level design seems to be inspired by SEGA Bass Fishing, but fails hard. Reminds me of a bad free to play phone or tablet fishing game. These will probably be the only two available for the PS Vita as the system is dying out. If you choose one make sure it’s Reel Fishing. 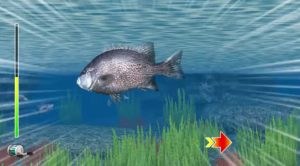 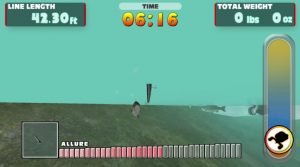