The Nintendo Gamecube had two bass fishing games released for it. Mark Davis Pro Bass Challenge and Top Angler: Real Bass Fishing. Both of these games were also released for the Playstation 2. Because Gamecube was a more powerful system it had the better graphical versions of both games. Both of these games are pretty good once you get the hang of them. I personally enjoyed Mark Davis more though. Mark Davis is more arcade play style than Top Angler was. It also had more exciting fishing action and thrilling rock music. I would say Top Angler was more realistic though. It also has more depth when it comes to bass tournaments and fishing gear. They are not amazing games, but worth checking out if you own a Gamecube. 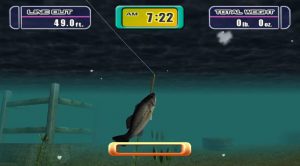 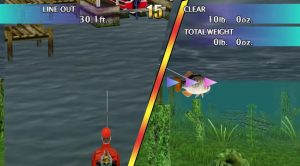